Walmart is a great place to shop for low-cost smartphones and basic cell phones. However, it also offers brand new and higher-end gadgets, such as Apple's iPhones and Samsung's Galaxy smartphones. And, because Walmart has some negotiating power with smartphone manufacturers, you'll typically discover that its gadgets are available at a modest discount compared to the competition. 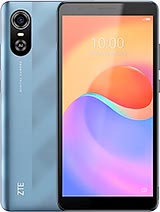 ZTE Blade A31 Plus